On the third Friday of May every year we celebrate National Endangered Species Day. This year it will be celebrated on May 15. The day is celebrated to spread awareness among people about the conservation of various species that were present on the earth in abundance once but now are rarely seen. The day has its own importance and significance. If you want to know more about this day and its relevance then just keep scrolling.

WHAT IS ENDANGERED SPECIES? 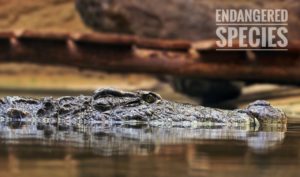 Most of us already would have heard about this term ‘Endangered species’ in our geography classes or in news etc. But for the sake of those who don’t know what does this term actually means we will clear it here only before proceeding further. So, basically this term ‘Endangered species’ means the species that were present on the earth in a huge number a long ago but due to several reasons are becoming lesser in number nowadays and are about to extinct. The animals are categorized in the list of endangered species Tiger, Giant Panda, Blue Whale, Snow Leopard, Gorilla etc.as their numbers are decreasing day by day.

WHY & HOW IS NATIONAL ENDANGERED SPECIES DAY CELEBRATED?

The day is celebrated to create awareness among people about the endangered species and for their conservation. This day is also celebrated to mark the importance of species that are going to extinct and how can their extinction be harmful to the ecological balance and biodiversity of our planet. On this day several events and youth contests are organized in various zoos, parks, community centers, botanical gardens, schools, and colleges, etc. to explain the methods that we can use to conserve them.

HOW A SPECIES CAN BE CATEGORIZED UNDER ENDANGERED LIST?

There are various perspectives according to which a species is classified under the endangered list. Some of them are as follows.

These criteria are decided by IUCN (The International Union for Conservation of Nature). Any species which fulfill any of these criteria are included in the list of Endangered species by IUCN.

WHAT ARE THE FACTORS THAT LEAD THE ANIMALS TO EXTINCTION?

There are various factors that lead the species to extinction. Some of them are as follows:

HOW CAN WE CONTRIBUTE ON THIS DAY?

We all can contribute on this day by making people aware with the help of conducting seminars, workshops, symposiums, etc. on this issue maintaining social distance during Corona pandemic, posting various images and posters on our social media accounts. We can also share the information about this day and the measures that we can take to conserve the endangered species. Also, we can encourage people to take an oath that they would try to use the natural resources in a limited way and try to control pollution, etc.

I just hope that you all liked the above content and somewhere it helped you in gaining some useful information about this day and in realizing the importance of this day. So please contribute in your own unique way on this day to create awareness among people in your surroundings. If you have any other information or ideas related to this please do share with us in the comment section below.

(BHU Express is also on Telegram. Click here to join our Telegram channel.)

ABOUT US
BHU Express is an online media platform based in Banaras Hindu University. We provide Campus News | Highlights | Editorial | Blogs.
Contact us: mail@bhuexpress.in
FOLLOW US
© BHU Express All Rights Reserved.
MORE STORIES