I say “simple” because we never thought the whole world will fight with this pandemic disease in such a way. While, everyone was worried about much bigger kinds of stuff like the stock market falls and the nuclear weapons, who had imagined that a virus could do such massive harm to humanity! In the present scenario, this “simple” virus has become the biggest enemy of mankind. Everyone is getting bored at their place and many people have got stuck out of their home as well but right now, we don’t have other better option that social distancing to control the outbreak of this pandemic disease.

As per the report of WHO, COVID-19 or Coronavirus is a kind of zoonotic virus that is transmitted from animals to human beings. It is a mushroom-shaped structure having spike protruding outside of their surface which gives it a crown-like structure. Its spike is responsible for fusing and binding with the human body and get entry from one being to another.

While talking about the transmission, COVID-19 is only transmissible from one human being to another. Respiratory droplets of infected human being is primarily responsible for the spread of this virus.

By now, many countries have gone into a “lockdown”. As a result of which, the roads are free of vehicles and industries have stopped emitting smoke. Now, Skies are clear and Air Quality Index(AQI) is at its nominal level. The noise of construction has been replaced by the chirping of birds. In short, nature is experiencing this privilege provided to them.

We daily encounter with the news of animals skipping their sanctuary and exploring around the localities.  As per one of the news reports, because of the less movement of vehicles and shutting down of factories, there has been a drop in seismic noise and the hum of vibrations on the planet’s crust.

No doubt, this pandemic will create a drastic impact on the world economy, but at least we should understand that our mother nature had been giving signs of not ruining its natural resources, exploiting the rights of other beings on a planet of which we are habitual for a long time.

Many experts said that when the lockdown ends, we may see multinational companies and industries pacing for a faster recovery, which may produce more greenhouse gases in a very short time.

This lockdown is just to show that what the mother nature feels when we were trying to suffocate her! Don’t you ever think that the mother earth is healing its wounds which we have given to it, breathing freely and reducing its scars? Bitter but true, We human beings have exploited a lot to our natural resources. Maybe, this lockdown can be a kind of compensation from we people.

Let’s have a look at these before and after pictures: (Image source: Internet) 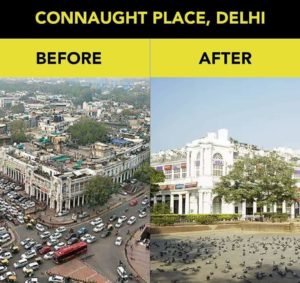 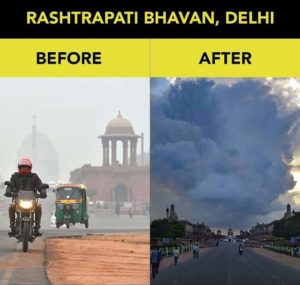 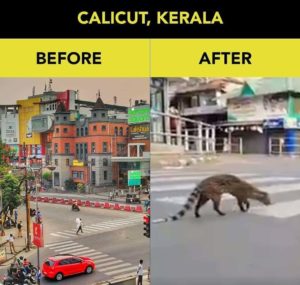 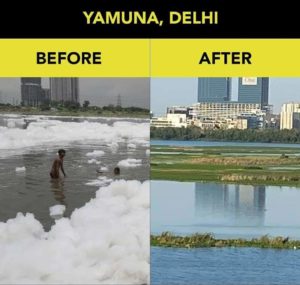 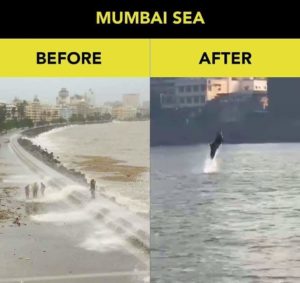 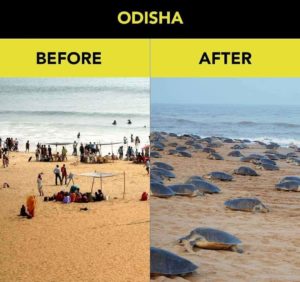 Still don’t you feel that nature has taken a break to heal itself! Let nature heal its wound and let we human beings learn the lesson of not hurting it as we have done till now. We should find out the better ways to use the natural resources that nature has been bestowed upon us.

(BHU Express is now on Telegram. Click here to join our Telegram channel for all the latest updates!!)

ABOUT US
BHU Express is an online media platform based in Banaras Hindu University. We provide Campus News | Highlights | Editorial | Blogs.
Contact us: mail@bhuexpress.in
FOLLOW US
© BHU Express All Rights Reserved.
MORE STORIES