“Brahma once weighed the heavens against Kashi. And Kashi being heavier, sank while the skies despite all the gods who lived there rose upwards”-Adi Shankar Manikarnikastrotam.

The above lines beautifully describes the essence of the place ‘Kashi’ that holds in itself. Kashi is believed to be at the centre of the Hindu doctrine of cosmogony. If Kashi is the physical body of Hinduism just like the human body, then Kashi Vishwanath temple is its soul. The glory of Lord Shiva is so divine that no one is left untouched with it. The holy city of Kashi is also called ‘Shiv Ki Nagari’ in Rigveda. The significance of the temple gets intensified as Kashi Vishwanath temple is one among the 12 jyotirlingas.

There are many stories about the existence of this temple. One tells that Lord Shiva has himself declared this spot as his royal residence. The mother of Goddess Parvati felt ashamed that her son-in-law had no decent dwelling. To please Parvati Devi, Shiva asked Nikumbh to provide him with a dwelling place at Kashi. On the request of Nikumbh, Aunikumbha a Brahmin made Divodas construct a temple for the Lord here. The pleased Lord granted boom to all his devotees. But Divodas was not blessed with a son. Angry Divodas demolished the structure. Nikumbh cursed that the area would be devoid of people. Listening to the pledges of the repenting Divodas, Lord Shiva once again took residence here permanently.

The Lord along with Paravati Devi once again started blessing his devotees with wonderful boons. Parvati Devi was so pleased that she offered food (Annam) to one and all and hence is worshipped as Annapurna. The Lord himself is seen with a bowl in his hands asking for ‘Annam’ from the seated Devi at the Devi’s shrine adjacent to Vishwanath’s shrine. This is considered to be one of the 52 Sakthipeetha (the place where Parvati left hand fell when her corpse was cut by Mahavishnus Sudarshan Chakram).

In fact, Kashi Vishwanath is also mentioned in Skanda Purana which is an ancient Hindu scripture. The fourth Khanda in the Skanda Purana is the Kashi Khanda, which has 11,000 verses in praise of Kashi. Legend has said that one fine day Lord Brahma and Lord Vishnu had a tussle concerning the supremacy of their creative powers. In order to evaluate their powers, Lord Shiva pierced the three worlds with striking force in the form of an endless support of light, jyotirlinga. This battle culminated into the defeat of Vishnu as Brahma had cunningly lied that he had a premonition that Vishnu had lost. Upon learning about this, Shiva appeared as a second pillar of light, cursing Brahma that he would not enjoy the prestige of being worshipped during celebrations while Vishnu would be worshipped till the end of time.

The temple dates back to historical period evidenced by a huge Trishool (trident) called Shakti stambh. It is 21 feet in height and 8 feet 9 inches in above the ground, which gradually decreases towards the top. And at top circumference measures 1 foot 15 inches only. The trident shaft is inscribed with three Sanskrit shlokas in Deonagiri script similar to that of Gopeshwar Trident in Chamoli district. The period of the trident script has been answered to be between 6 & 7th century AD. According to the shlokas, the temple of Vishwanath has built by the King Gopeshwar. In the last days of his life, he gave his kingdom to his son Guhya and went to Kailash to end his life. After succeeding, the King Guhya erected this trident and inscribed also.

The temple was destroyed by invaders and rebuilt quite a few times. The original Vishwanath temple was destroyed by the army of Qutub-ud-din-Aibak in 1194 CE when he defeated the Raja of Kannauj as a commander of Mohammad Ghori. The present structure was an initiative of the queen of Indore, Rani Ahilyabai Holkar. In 1780, she rebuilt the temple after it was demolished by Aurangzeb. Two domes of the temple were covered in gold donated by Maharaja Ranjit Singh, the ruler of Punjab.

Many great Hindu saints such as Goswami Tulsidas, Adi Shankaracharya, Ramkrishna Paramhamsa and Swami Vivekananda have visited Varanasi, bathed in the Ganga and offered prayers to the Jyotirlinga. It was on the steps of the Panchganga Ghat that Swami Ramanand accepted as his disciple a Muslim weaver’s son, who later went to become the great mystic-poet Kabirdas.

Talking about the architectural features, the temple consists of a series of smaller shrines, located in a small lane called the Vishwanath Gali, near the river. The linga of the main deity at the shrine is 60 cm tall and 90 cm in circumference housed in a silver altar. The colour of the Jyotirlinga is dark brown. The main temple is quadrangle and is surrounded by shrines of other gods. These are small temples for Kaalbhairav, Dhandapani, Avimukteshwara, Vishnu, Vinayak, Sanishwara, Virupaksha, Virupaksha Gauri in the complex.

There is a small well in the temple called Gyaan Vapi (the wisdom well). The Gyaan Vapi well sites to the north of the main temple and it is believed that the Jyotirlinga was hidden in the well to protect it at the time of the invasion. Those who visit the temple also goes into the Annapoorna Mandir situated adjacent at some distance in the same Vishwanath Gali.

According to the structure of the temple, there is a Sabha Griha or Congregation Hall leading to the inner Garbha Griha or sanctum Sanctorum. The sanctum sanctorum has four dwars (doors), each representing peace, art, prosperity and withdrawal. Structure of the Mandir is composed of three parts. The first part compromise a spire on the mandir of Mahadev. The second is a gold dome and third is the gold spire atop Lord Vishwanath carrying a flag and a trident. The entrance gate to the temple is made up of silver with beautiful in carved designs on it.

Entry gates of the Temple

There are four pathways to the temple. First one is nearby Dashashwamedh Chowki, second is in front of Kashi Vishwanath temple trust, third from Manikarnika Ghat side and the fourth one is from Gyan Vapi. The most common way to the quadrangular Vishwanath temple is through the Vishwanath Gali. It is lined up with small shops selling pooja articles, Gangajal, bangles, Banarasi sarees and of course world famous Banarasi paan, lassi and kachoris.

Every morning this city wakes up with chanting mantras and by saying ‘Har Har Mahadev’. Mahadev lies in the heart of every single person living here. The delicacy of the relationship between Kashi and Kashi Vishwanath temple can not be simply described in words. The above can be quoted as; “Kashi k kan kan me Shankar”. During normal days, many visit here for worshipping the Lord Shiva but in the month of Shravan, the queues get doubled. The main pooja is performed by the priest residing in the temple. They perform Mangla aarti, bhog aarti, sandhya/saptarshi aarti and Ratri Shayan aarti. The temple is looked after by Shri Kashi Vishwanath Temple Trust.

In this advanced world, because of their busy schedule, those who want to go for darshan but can’t afford to wait in long queues can avail the facility of Sugam darshan which is a ticket-based darshan where one avoid standing in long ques and priest assists the devotees for the ease of darshan. Locker facility is also available with a charge of Rs 20 per hour. There are two different categories of ticket available:

There are also other facilities such as Live Darshan, Online Shri Kashi Prasadam, Guesthouse booking, Online donation, Foreign tourist booking etc. The information can be accessed through the website: shrikashivishwanath.org.

Recently, Kashi Vishwanath Dham has been inaugurated by Prime Minister Narendra Modi. A project to redevelop areas around the Vishwanath temple and to provide to pilgrims. When completed, it will radically alter the ground and bestow singular importance on Vishwanath temple. The design creates a large Mandir Chowk or open space fronting the Vishwanath temple, and a smaller open space that provides the foreground for the Gyan Vapi mosque that is adjacent to the temple.

One of the key features of the project is the pedestrian pathway that connects the temple and Mandir Chowk with the river. Unlike the existing narrow and winding lanes, the proposed axial path is 20 m wide which towards the end forks to embrace the ghats. It opens up the view to the temple on one side and to the river on the other. A relatively smaller pathway connects the temple with the Manikarnika ghat at the northern edge. The proposed development provides multiple amenities for pilgrims such as Yatra Seva Kendras, guesthouses, hospice, library and museum. It pays attention to the public toilets and provides for a good number of them at places where pilgrims throng. The project has also planned for extensive security arrangements.

LJ Professor Jonathan Parry presents a fascinating account of the city in his book Death in Banaras. An excerpt from the book says, “Shiva instructs Vishnu that Kashi perpetually remains in SatyaYuga. All-time is auspicious there and not even the worst planetary conjunction can prevent the pilgrims from setting out for the scared city. It is said that there are three powers that can never enter its precincts-Yamraj, Yamdut and Kali age. Shiva’s city thus takes on Shiva’s own characteristics as ‘conqueror of death'(Mahamritunjay). And as only one of the gods who is truly indestructible (Avinashi) and who survives the dissolution of the cosmos.”

So, one should visit the Jyotirlinga and experience the magic this place has in itself.

Hope, you liked the article and find it informative. Don’t forget to share your Kashi Vishwanath Temple’s experience with us in the comment section below.

(BHU-Express is on Telegram. Subscribe to our channel by clicking here to stay updated with all the latest editorials, campus updates & blogs for free!) 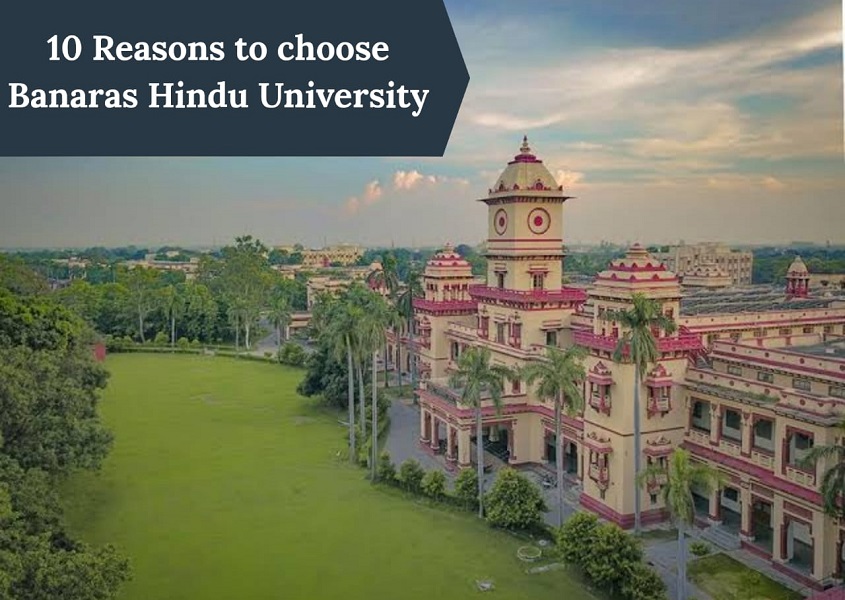 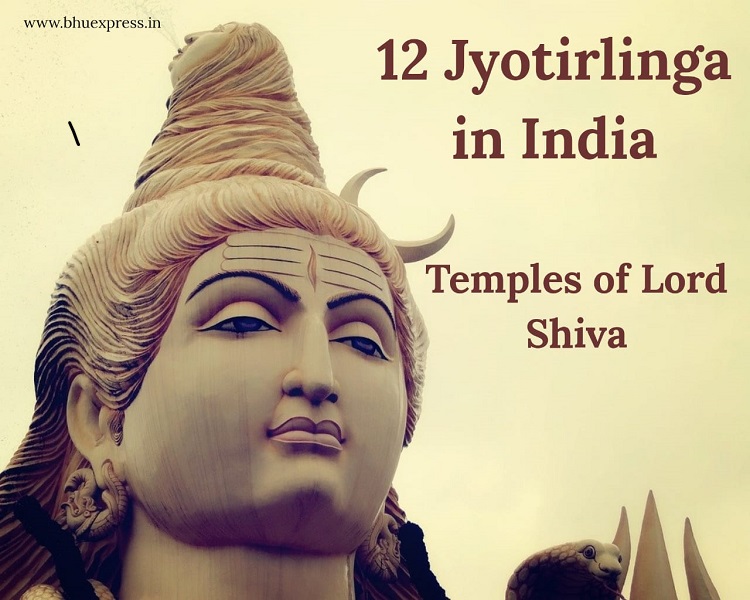 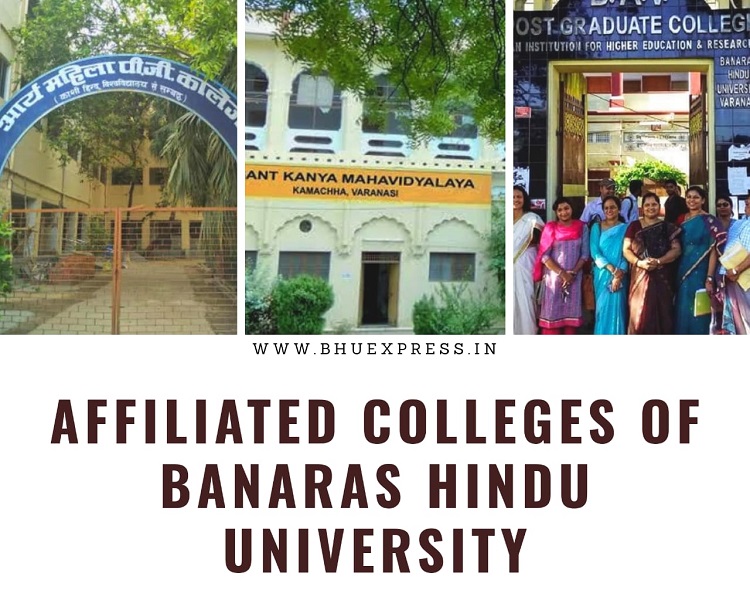 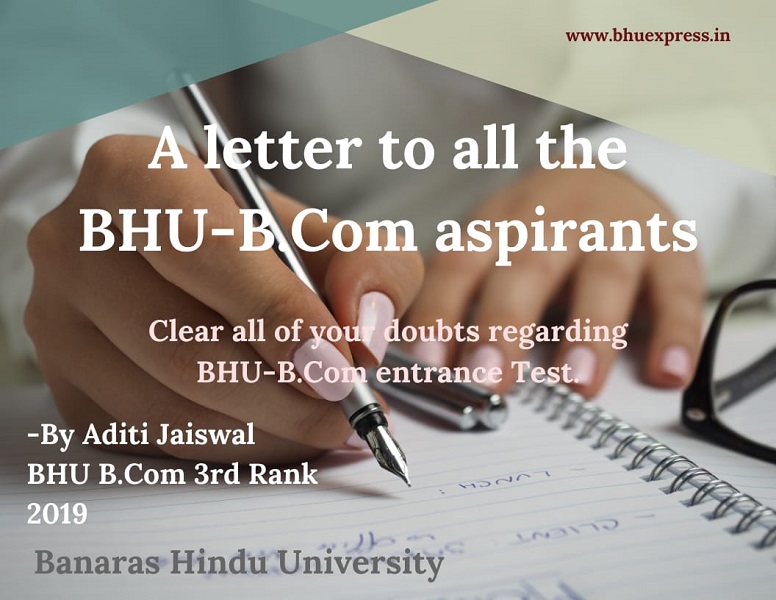 A Letter from BHU B.Com 3rd Rank Holder to Aspirants

“Dream as if you have Forever. Live as if you only have Today.” – James …